Why 63 could be your most valuable age 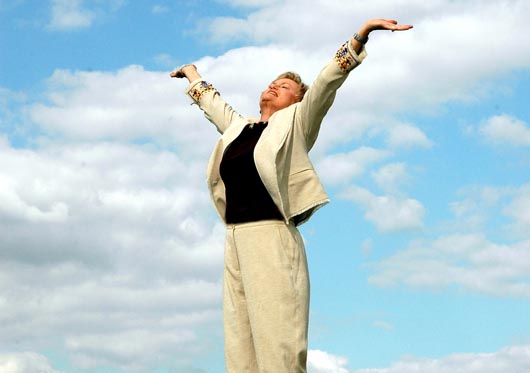 Matt Kerr
Pitcher Partners
Decisions made when you are 63 could have a significant impact on your retirement. It’s not difficult to understand that the amount of tax you pay impacts the level of assets needed to fund your retirement and the amount you have to spend.
The tax concessions that apply to superannuation make it one of the best places to hold your retirement wealth and for many people could be the difference between having enough assets or not for their retirement.
With people living longer the risk of outliving your money is becoming real for many people, so it makes sense to utilise the benefits of super as much as you can. However, there are limits on the amount you can get into super and as you approach 65 the rules around making contributions change. To make sure you can maximise the amount you get into super means knowing the rules early – which is why your decisions at 63 are important.
The starting point is knowing whether you are eligible to make a contribution. Whilst you are under 65 you can contribute regardless of whether you are working or not.
However, when you turn 65 this changes and you need to meet the “work test” to make contributions. In the financial year you turn 65, so long as you have met this work test at some point during the year you are eligible to make a contribution.
Many people approaching 65 want to make larger contributions into their super – known as Non-Concessional Contributions (NCC). The current limit on NCC’s is $180,000 or $540,000 by using the following 2 years limits as well (3 year cap). After 65 you can no longer access the 3 year cap, except in the financial year you turn 65.
For example
Alan worked full time up until his 65th birthday on 12 October 2015. He met the “work test”, so he can make a contribution up until 30 June 2016. Alan makes the contribution in June, so he can still bring forward the next 2 years NCC limits. The total NCC Alan can contribute is $540,000.
Joyce turned 65 on 15 May 2015 and still worked part time until Alan’s 65th birthday. Joyce has met the work test in the current financial year, so she also can make a contribution before 30 June 2016 but as she was already 65 on 1 July 2015 Joyce can only contribute $180,000.
If Joyce contributed $185,000 prior to turning 65, triggering the 3 year cap, she would still be eligible to contribute the remainder of $355,000 before 30 June 2016.
Now this is where planning early becomes important to make sure you can get the most into super as possible. You want to be able to maximise your contributions in the year you turn 65, so this may mean making smaller contributions in the years leading up to 65 so you do not trigger the 3 year period too early. If you decide to trigger the 3 year cap at 63 you could be reducing the amount you can contribute to super by up to $360,000.
To make the most of the superannuation concessions available may need some careful planning in the years leading up to your 65th birthday. Making the right decision when you are 63 can have a significant impact on the amount you can get into your super and ultimately your retirement spending.
For further information contact Pitcher Partners on (02) 4911 2000, email matt.kerr@pitcher.com.au or visit www.pitcher.com.au

Matt Kerr
Matt Kerr is a Chartered Accountant and a Certified Financial Planner at Pitcher Partners Wealth Management. He has over 25 years assisting clients with their superannuation and personal finances.