Sleeping on the job - an innovative booster? 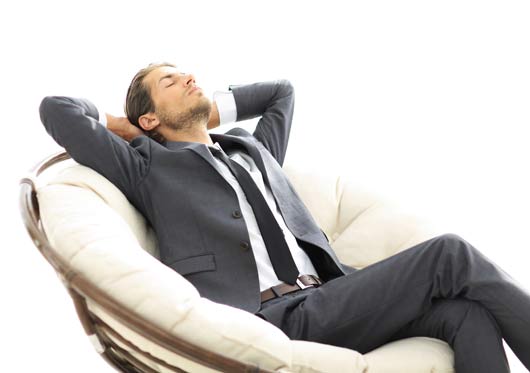 Christina Gerakiteys
Ideation At Work
It’s been going on across the globe for years, a little afternoon downtime. In Spain, Portugal, Greece, Patagonia and the Philippines it’s called a siesta. If you are in your early school years it’s a rest, and in the USA and the United Kingdom it’s referred to as a power nap.
Arianna Huffington stepped down from the company she cofounded 11 years ago, The Huffington Post, to build Thrive Global, a new lifestyle, health and wellness site extolling the virtues of sleep. A growing number of companies now believe that sleeping on the job is good company policy.
Evolution dictates that we require nine to ten hours sleep per night, which suggests that most inhabitants of Western countries are officially sleep deprived. Western World inhabitants sleep on average for about seven hours. How many people do you know currently sleeping for seven hours per night?
The term power nap has been attributed to Winston Churchill, who credited his regular afternoon kip with affording him the clarity of thinking that enabled him to win the war. Other partakers of the ‘nap’ include Albert Einstein, Eleanor Roosevelt and Johannes Brahms.
Fast forward to 2017 and several companies have integrated ‘nap rooms’ into their organisations, decking them out with recliners and speakers that play calm, soothing and relaxing music. Other organisations have gone so far as to purchase Energy Pods, chairs designed specifically for the purpose of a cat nap or power nap. The Energy Pods have been used in 20 countries and by organisations like Google and Proctor and Gamble.
And the benefits?
Research from NASA on the sleeping habits of astronauts, suggests that cognitive ability is dependent on how much sleep is had over a twenty-four-hour period and not simply measured by the amount of sleep had in one night. This sits well alongside the fact that business can now be conducted 24/7, with anyone, anywhere, thanks to the Internet and high-speed broadband.
The results of the NASA research project indicate that cognitive ability increases with an afternoon nap. The brain becomes clearer (less foggy) and the neurons fire off their messages with increased effectiveness. There is evidence that the afternoon nap increases our ability to remember and prepares the brain for memory tasks.
An increase in energy levels was also reported, indicating the ability of the participant to actually perform at a higher level for a greater period of time. This brings to mind certain battery driven bunnies. Interestingly, there was a correlation between an afternoon nap or kip, and the prevention of heart attacks. In 2007 the Archives of Internal Medicine found that in countries where the afternoon siesta was common, there was a 37% lower risk of heart related death.
Physiological benefits of a nap include reduced levels of stress hormones and lower blood pressure.
It almost sounds too good to be true. In exchange for a ten to twenty-minute nap, an organisation stands to benefit from a refreshed, productive, happier, less stressed and more engaged employee who is likely to live longer.
An afternoon nap does come with a warning. Don’t turn the “nap” into a “sleep”. Any longer than a forty-minute shut eye could result in that groggy, disoriented feeling that leaves you doughy and unable to be productive for at least one hour.
For further information contact Christina on 0425 236 156, email christina@ideation.global or visit www.ideation.global