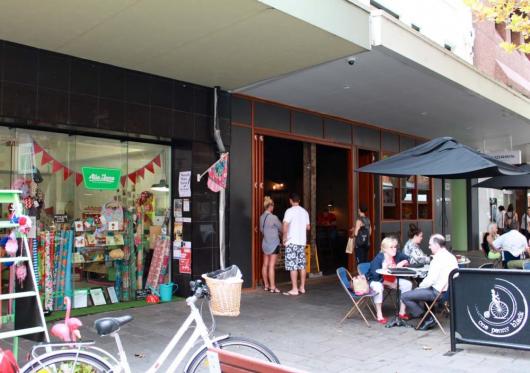 During a visit to his hometown of Newcastle in 2008, Marcus Westbury walked the length of Hunter Street to search out a venue for a small bar he hoped to open. The volume of empty properties that littered the CBD was at its peak. The Mall had a growing reputation for being unsafe after dark. The place was a virtual ghost town on weekends.
As Westbury wrote on his blog at the time, ‘Returning to Hunter and King Streets every few months is like witnessing a time-lapse tragedy. Building after building, block after block, and street after street is falling empty and slipping into a state of decay.
By my count there’s something just short of 150 buildings on the main streets that are sitting in various states between vacated, empty, boarded up, abandoned, and ruined.’
It was a far cry from the Hunter Street Westbury recalled from his childhood when the footpaths would heave with people from all over Newcastle dressed up for a day of shopping in town.
Knowing that Newcastle is full of people with imagination who would love nothing more than to do something, anything, in these empty buildings, Westbury set about formulating a scheme that would allow these creative people access to empty spaces for little or no cost until the property owner got a better offer. The idea was so crazy simple it might just work.
After garnering the support of people willing to help cut through the red tape and legalese and a property owner prepared to collaborate, the first of several packed-out public meetings about Renew Newcastle was held in late 2008.
All was explained: Premises are 'loaned' to projects on a rolling 30-day license for a minimal fee. Property owners can swiftly resume control of the space if a better offer comes along. But in the meantime people are given the opportunity to test and develop their enterprise and the space they occupy is transformed into an interesting place to visit.
On 16 January 2009 after trawling through more than 100 applications, Renew Newcastle’s first ten creative projects moved into otherwise empty spaces, a sound and media gallery, an architecture installation, children’s art workshop space, a photography exhibition space and an animation studio.
In the first 12 months of operation Renew Newcastle assisted a total of 29 creative retail and studio projects to open and negotiated the introduction of free wi-fi in Hunter Street Mall. Renew Newcastle has gone on to support a total of 149 creative and community projects to activate 65 otherwise empty properties. The scheme has since been replicated in cities around the world.
An independent study of the social and economic benefits of Renew Newcastle conducted by SGS Economics & Planning in 2012 confirms what experience has already shown: Creative space activation generates new jobs, develops participant's skills, engages volunteers, creates intellectual capital, mitigates blight and improves business and community confidence and regional brand value.
The study determined that Renew Newcastle yields a return on investment of more than 10:1.
And this doesn’t include the value of the creative output resulting from the projects involved. Renew Newcastle projects were directly referenced as one of the main reasons Newcastle was listed as one of the top ten cities to visit in Lonely Planet’s Best in Travel 2011 – the first Australian city to ever make the list.
A report by Destination NSW shows a 25.5% increase in visitors to the Newcastle LGA for the four years up to September 2013. Hunter Street Mall is listed as visitors’ second most popular destination.
From a virtual ghost town to the second most popular place to visit in Newcastle. Turns out it wasn’t such a crazy idea after all. The bar on the other hand…
For more information visit www.renewnewcastle.org
THE NUMBERS: 2008-2014
• 149 creative projects supported by Renew Newcastle
• 65 otherwise empty properties activated by Renew Newcastle projects
• 12 property owners who have partnered with Renew Newcastle
• 12 professional development events for Newcastle creatives
• 15 guided walking tours conducted by Renew Newcastle
• 13 projects that have gone on to sign commercial leases graduates 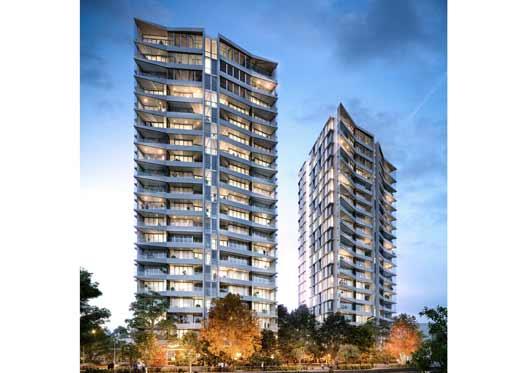