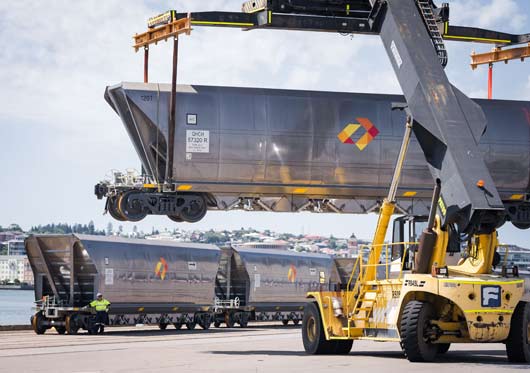 A shipment of 96 coal wagons arrived at the Port of Newcastle on the 12th and 13th of January to support Asia’s strong demand for the Hunter Valley’s high quality thermal coal.

"Although Japan continues to be the nation’s largest trading partner of thermal coal, importing 80 million tonnes of Australian thermal coal in the 2018 financial year (with around 80% sourced from the Hunter Valley), almost 10 million tonnes was exported from Newcastle coal terminals to newer trading partners such as India, Malaysia, Philippines and Thailand during the same period.

“To support export volumes, our new wagons can carry up to 98 tonnes of coal, and with more than 80 wagons on every train, that means more than 8,000 tonnes of coal can be hauled to port on each load,” he said.

“When we started operating here in 2005, we had less than 10 employees and we now proudly employ more than 450 people across our Hunter Valley operations.”

Mr McKeiver said the wagons in the consignment are part of a bigger order that will see the Company's coal fleet expand to almost 9,000 wagons – more than a third larger than Aurizon’s closest competitor.

"Our confidence in the outlook for Australia’s coal export markets is driving a national growth plan across our Coal business.

“While the new wagons delivered on the weekend will enter service for our Hunter Valley customers, we have also ordered additional wagons to expand our rollingstock fleet in Queensland,” Mr McKeiver said.

“By increasing the number of our wagons, we can offer our customers more flexibility in their railings as well as additional capacity, which will help support the demand for Australia's high-quality coal in Asian markets.” 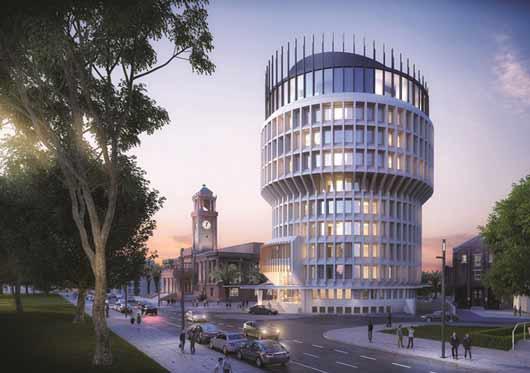 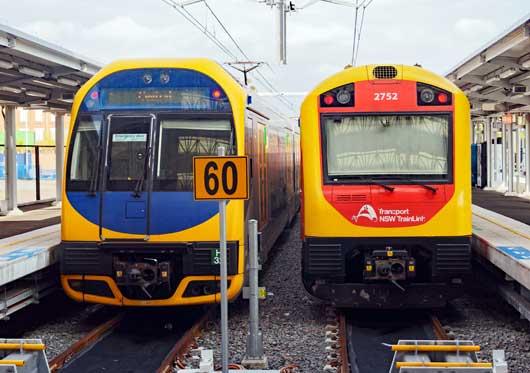