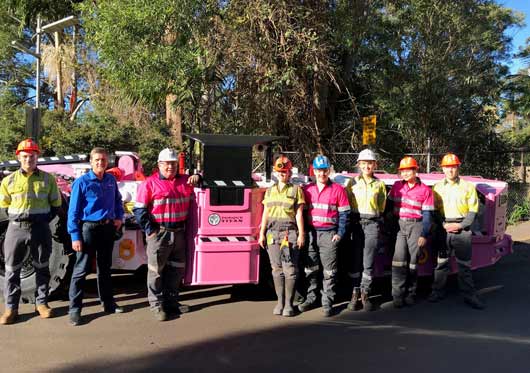 RIZZO with the crew at Dendrobium
The Alfabs Group has a long history of supporting worthy causes like The Westpac Rescue Helicopter, MS, The Cancer Council and The National Breast Cancer Foundation (NBCF).
The Alfabs Group's Mining Division have just received their latest machine in its hire fleet which will be going onto long term hire with South32 at their Dendrobium Mine site.
The machine is the Torque Titan 10T Loader, and in support of the NBCF, Alfabs Group decided to paint it pink and named it RIZZO. It will be the flagship of their fleet and highly recognisable. This will be the first of many Titans coming to NSW.
Alfabs Group have aligned with NBCF through 2019/2020 and donated $10,000 from the revenue of RIZZO as well as dedicating the very first 10t Torque Titan (Underground Coal Mining Loader) to hit NSW to NBCF. 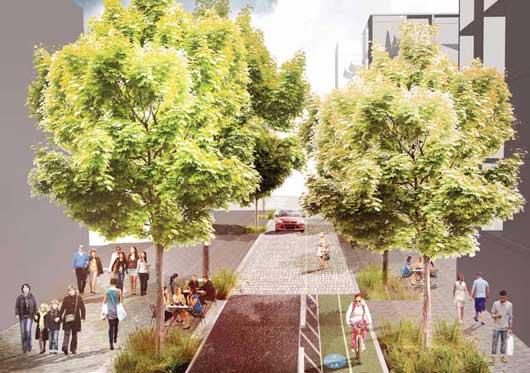 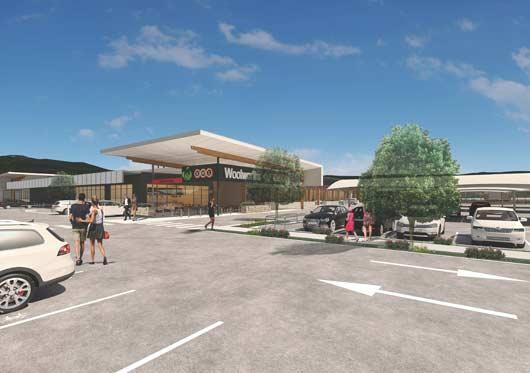 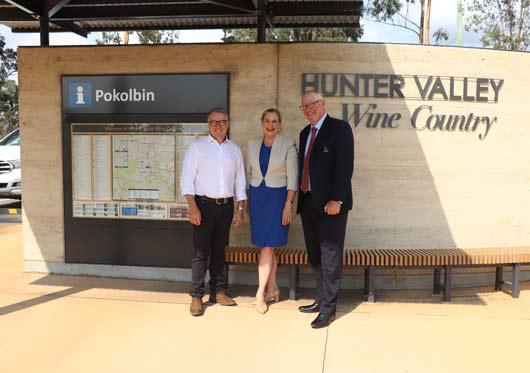 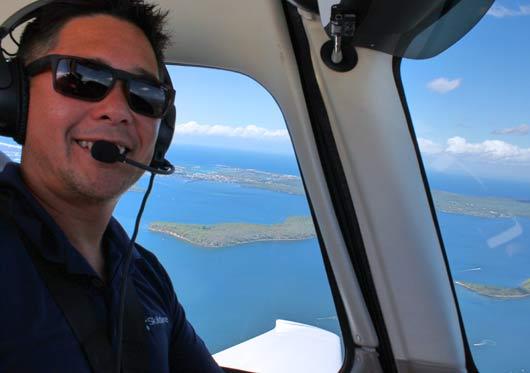