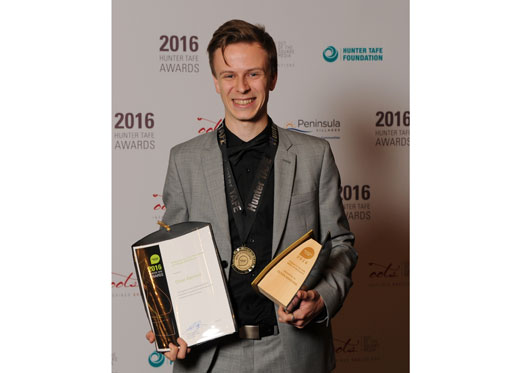 Oliver Bamford winner of the a Hunter TAFE award
Skills that are helping shape the region’s employment and business landscapes have been highlighted in the annual 2016 Hunter TAFE Awards.
Hunter TAFE presented 36 awards as part of its annual Awards in front of a crowd of more than 190 students, business and community leaders on Friday 6 May.
The Awards, which are supported by more than 19 industry and business partners, included the announcement of Industrial Design graduate, Oliver Bamford, from Mayfield as the winner of the 2016 Hunter TAFE Student of the Year Award and Medal of Excellence.
In 2015, Oliver completed the Advanced Diploma of Industrial Design. His passion for design and high-level application skills placed him at the top level of his cohort. Oliver has displayed great leadership and collaboration, working with fellow students to design and manufacture the 2015 Hunter TAFE trophy, which was presented at last year’s awards. He has also collaborated with fashion design students to apply industrial laser cutting techniques to cut garment fabrics.
Oliver is now completing the final year of the Industrial Design program at the University of Newcastle to gain his bachelor Degree and has secured employment with Robotic Systems in Newcastle where he is designing drone housing components. Hunter TAFE also announced that the 2016 Creative Industries, Fashion and Media Award winner, Samuel Munt was also the winner of the 2016 Highly Commended Award. Samuel completed the Advanced Diploma of Screen and Media at Hunter TAFE during which he produced a fantastic body of works, including a 10-minute animation that has been used for a pilot TV series.
The Central Coast Local Health District was recognised with the 2016 Industry Partnership Award for its collaboration with Hunter TAFE to deliver a number of training programs including a School Based Aboriginal Trainee Program and a new Aboriginal Health Practitioner Program.
Winners of the 2016 Alumni Awards were:
• Dr Melanie Hayes, Dental Hygiene Lead Lecturer at the University of Melbourne, for her Contribution to Business;
• Andy Meier, Director of Strategic Minds Communications, as the winner of the Contribution to Community; and
• Peter Ives, Site Foreman at North Construction, as the winner of the Emerging Talent Award.
Hunter TAFE Institute Director, Christine Warrington, said that the 2016 Awards highlighted the value of industry relevant vocational education and training.
“The awards are a true representation of the diversity and breadth of skills learning, educational pathways and support services that are offered across our footprint both on the Central Coast and in the Hunter” Ms Warrington said.
"Importantly these awards also recognise the way that our graduates are using the skills that they have learnt at Hunter TAFE to build the future business and economies for our regions,” Ms Warrington said. 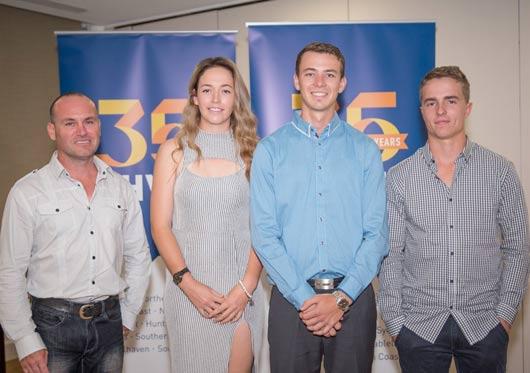 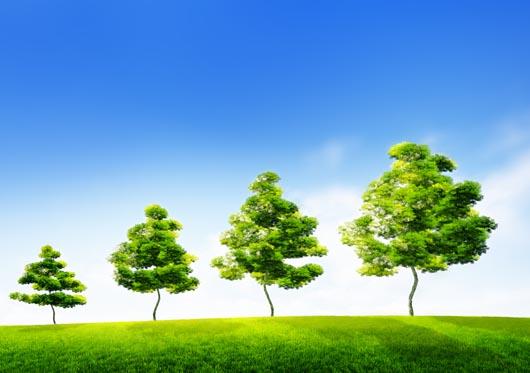