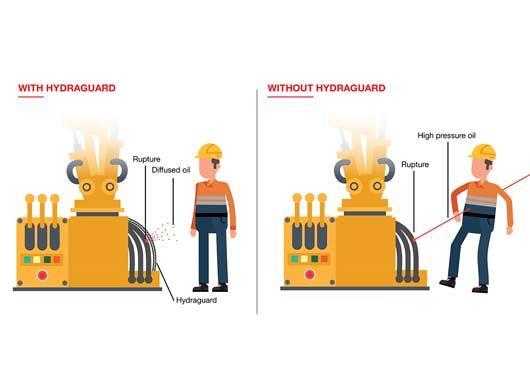 A Hunter manufacturing firm is helping protect mine workers and other workers from potentially fatal fluid injection injuries.
While relatively rare, ruptures in hoses, even pin hole in size, can create a laser like stream of fluid that can penetrate human skin and flesh as if it were a needle.
Carrington-based Brain Industries manufactures Hydraguard. It is a rubber-encased stainless-steel guarding system that diffuses the oil through mesh. Two layers of rubber, either side of the mesh, reduce the velocity of the oil or fluid.
Brain CEO Gillian Summers said Centennial Coal is one client that has purchased the system to protect staff at its Airly, Mandalong, Myuna and Clarence mines. Mandalong Mine, near Morisset, has retrofitted more than 150 guards on its longwall equipment.
Ms Summers said systems pressurised to as little as 100 psi will produce a high velocity stream. She said many hydraulic systems, such as the long wall roof supports and other underground machinery, operate at very high pressures, often as high as 3,000 psi.
“If a loose connection or a defect in a hose occurs, this fluid stream can penetrate personal protective clothing,” Ms Summers said.
“An initial wound could seem minor but the unseen, internal damage can be severe,” she said.
“People often only feel an electric shock or pin prick so the initial pain belies the severity of the injury.”
She said most hydraulic fluids are highly toxic so if treatment is delayed it can lead to an amputation being required or a person’s death.
“Even with pure water or air, injection injuries cause compartment syndrome which leads to the death of cells if surgery is delayed.”
Ms Summers said Hydraguard was unique because it can be custom-fitted to larger apparatus such as valves or fitted to new equipment or retrofitted to existing equipment.
She said Centennial Coal should be congratulated for implementing the additional protection Hydraguard offers in order to minimise the impact of any potential fluid injection injury. She encouraged all businesses to consider the additional protection of Hydraguard. 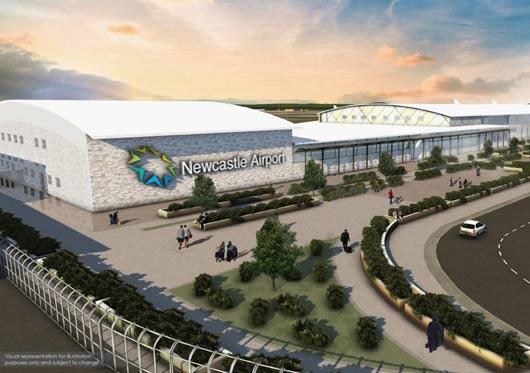