Jonathan Poynter
Nimbler Digital
With this year's passing of Facebook's 10th birthday, it's difficult to remember how we ever communicated our thoughts, our special moments (our breakfasts...) to our social circles in a pre-Facebook era - at least for the over 1.2 billion and counting Facebook users that is.
Facebook's wide adoption by the masses is an example of how we will inevitably gravitate towards the convenience afforded to us by the Digital world to make our lives more efficient and comfortable.
Since the desktop computer first replaced the typewriter as a word processing tool we have seen how the digital age could affect businesses - indeed entire industries - but with the invention of the Internet and social media, the scale of this Digital Disruption now knows almost no bounds.
Some industries have adapted and thrived with these new technologies - banking, insurance, retail - newspapers & magazines have caught on a little late but we're starting to see some real innovation in these areas online.
But what about those who failed to see the devastating effect the impending digital juggernaut would have on their very existence? Photography, Travel, Book & Video stores, Mail, Printing, Encyclopaedias, Advertising - the list goes on.
Whatever industry you're in, you must now start making more noise to be heard over the growing digital clatter that increasing numbers of competitors emerging in all corners of the globe are making. Being in the race is no longer enough - now you need to be pedalling like crazy to make the cut.
This means that the days are gone when the majority of your Marketing budget was spent on simply getting your campaign in front of as many sets of eyes as possible and hope that some of these include your target market. Now social media, blogs and forums allow your prospects to instantly engage with, share, discuss and respond to your marketing efforts. This shift in the potential level of exposure of your public face means that the majority of your marketing budget should now be spent on production to create the most engaging campaigns that your prospects that will consider good enough to distribute your message en masse. You concentrate on the quality and let the marketplace take care of the quantity.
The truth is, for many businesses they have done too little too late and the writing is already on the wall. But where do you start to ensure that your business isn't another casualty on the Digital battle field before it's too late?
For further information contact Nimbler Digital on (02) 4961 1166,
email interact@nimbler.com.au or visit www.nimbler.com.au

Jonathan Poynter
is Managing Director of Nimbler Digital. He has over 20 years of business experience including periods as Marketing Director on the client side as well as Strategy and Account Service experience in advertising. 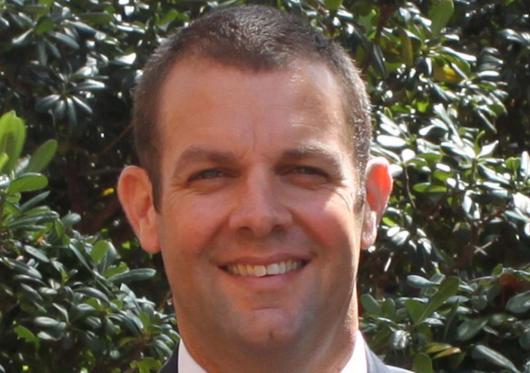