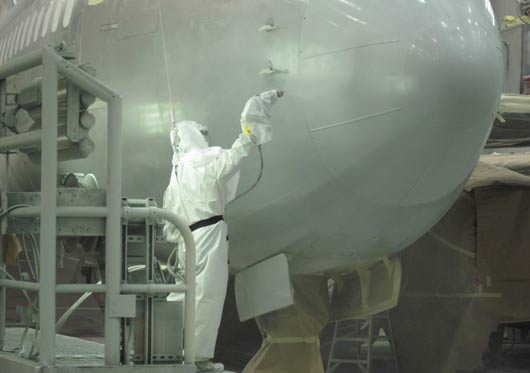 CSIRO has signed a new, $35 million research agreement with the world’s largest aerospace company, Boeing.
Over the next five years the organisations will work together on a broad range of areas of mutual interest including space sciences, advanced materials and manufacturing.
It's the latest step in a 28-year partnership between CSIRO and Boeing that has provided a huge boost for Australia in the global aviation industry.
CSIRO Chief Executive Larry Marshall announced the new funding agreement at the American Chamber of Commerce in Australia’s G’day to Aussie innovation event in Sydney on 28 April 2017.
"With almost three decades of ground-breaking research that has created jobs and growth for Australia and the US, it’s hard to overstate the impact that our relationship with Boeing has had," Dr Marshall said.
"Adopting a global outlook for national benefit is a key pillar of CSIRO’s Strategy 2020, and it’s an approach that has yielded enormous benefits through our relationship with Boeing."
Earlier in April, Boeing named CSIRO as a 2016 Supplier of the Year.